Rumour: next Qualcomm wearable chip is a big step up 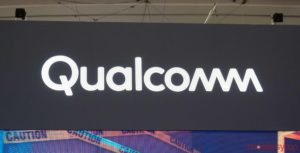 According to German publication WinFuture, Qualcomm is developing a new wearable-oriented processor that puts the 2018 Wear 3100 chip to shame.

Hardware-wise, the rumoured Wear processor is a 12nm chip with four 64bit ARM Cortex A53, offering a leap in performance and power efficiency. In comparison, the 2018 Wear 3100 has four wimpy 1.2GHz 32bit Cortex A7 CPU cores and a QCC1110 co-processor on an old 28nm fabrication node.

Android Police pointed out that Qualcomm intentionally chose 28nm for Wear 3100 due to its lower passive power drain, a characteristic that the company deemed essential for its wearable applications. If these rumoured specifications are correct, Qualcomm may have changed its mind.

The publisher also speculated that the wearable chip is a watered-down variant of the entry-level Snapdragon 429 smartphone processor due to similar hardware specifications.

Nevertheless, Qualcomm’s wearable processor lineup has mostly stagnated since 2016. Even though the Wear 3100 brought along new features and more flexibilities, it is fundamentally a rehashed Wear 2100.

As a result, it became a hard sell for OEMs. In 2018, only a handful of brands such as Fossil and Montblanc picked Wear 3100, while others like LG stayed with the 2100 platform.

The post Rumour: next Qualcomm wearable chip is a big step up appeared first on MobileSyrup.