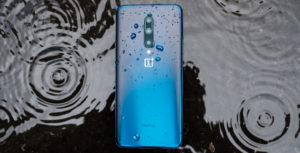 OnePlus says it’s working on a fix for a bug that causes the company’s newest flagship smartphone, the OnePlus 7 Pro, to shut down without warning.

OnePlus 7 Pro owners first started reporting the issue shortly after the new smartphone launched on May 14th. Since then, numerous threads on the company’s official community forums have sprung up with disparate individuals claiming they’ve had their OnePlus 7 Pro shutdown at various times without warning, including while they’ve been using the phone.

In a statement issued to Android Police, a OnePlus spokesperson said, “we are aware of this issue, and we will be issuing an update to address it.”

At the moment, it doesn’t appear the issue is widespread; as Android Police notes, the most popular thread on the subject currently has just over 100 responses.

Adding a further wrinkle to the issue is the fact that holding down the power button once the OP7 Pro has turned off as a result of the shutdown bug won’t reboot the phone; instead, the only way to turn on the smartphone on again is to fastboot it, which is accomplished by holding down the power and volume up buttons simultaneously.

Luckily, the issue doesn’t appear to be hardware related; according to OnePlus forums user pappschlumpf, it appears a bug in the 7 Pro’s kernel code is causing the issue.

Have you had your OnePlus 7 Pro shutdown on you randomly? Let us know in the comment section of this article.