IBM wants to add multiple displays for smartwatch, according to patents 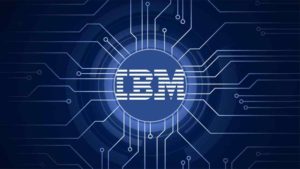 While most companies tend to fit more stuff on a smartwatch’s tiny screen, IBM is approaching the design in a much different way. It seems the New York-based company is thinking much ahead of the current trend.

According to IBM’s latest U.S. patent titled Variable Display Size For an Electronic Display Device, the Big Blue is planning to add multiple screens on a smartwatch. You might never have thought that your watch will need a second display to watch cat videos.

The patent’s illustration shows a smartwatch look-a-like device with a bezel-less screen that is capable of displaying basic information like time, weather and app shortcuts; things that are commonly found on pretty much every smartwatch on the market.

In order to see more content on the smartwatch, IBM plans to fit multiple expanding screens with sliding panels underneath the main screen. These panels can be removed and connected to expand the main screen into a four-by-four display array, hence allowing the watch to display smartphone-level applications.

IBM is not stopping there. The patent suggests that this expandable display array can fit up to eight connected panels, which could turn your smartwatch into a giant folding tablet.

The patent did go into detail about how applications and widgets would work across different display modules. What it didn’t cover is how these displays would connect and disconnect, as well as the power information.

Smartwatches have always been regarded as an add-on or accessory to a smartphone. Many of them need to be tethered to a smartphone in order to function normally. Having a second display on a smartwatch might just change how people view these little gadgets.

However, the technology needed for a multi-display watch doesn’t exist yet. Since IBM has suspended or sold most of its consumer hardware divisions, it is hard to imagine how a service-based tech company would pull off a design like this.

The post IBM wants to add multiple displays for smartwatch, according to patents appeared first on MobileSyrup.