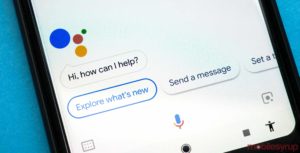 Google Assistant vastly outperforms a number of other voice assistants, including Amazon’s Alexa and Apple’s Siri, according to a recent study from Voicebot.ai, an AI and voice-computing research firm.

The team behind the study asked the voice assistants a number of broad questions such as, “what is the longest-lasting lipstick?” It also asked specific questions like, “how do I contact JetBlue?”

It only goes downhill from here with Samsung’s Bixby answering with 32 percent of accuracy. Additionally, Apple’s Siri reached 28 percent.

It should be noted that Alexa currently dominates the smart speaker market, as outlined by CNET. However, Google could be catching up through its superior technology.