Android Q might include a lot more customization options 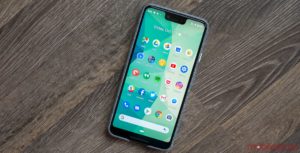 XDA Developers have found more hints that there will be some kind of ‘Pixel Themes’ option built into Google’s version of Android.

The theme option looks like it might offer users more clock faces for their lock screen alongside the option to change their accent colour.

Previous Android Q betas featured a handful of system theme accent colours in the ‘Developer options’ that let users change the colour of specific headings in the Settings app and the quick toggles.

XDA Developers think that the upcoming Pixel Themes will offer users more colours and control. The publication also has a hunch that once the feature goes live users will be able to long press on the home screen to reveal a new option called ‘Pixel Themes.’ If this is true, it will likely replace the ‘Wallpaper’ button.

Hopefully, the feature will launch in one of the upcoming beta builds and be implemented in more locations throughout the OS.

Either way, I know I’m excited since I love to customize the look of my phones.