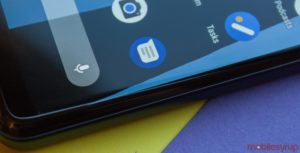 To join, head to the Messages Play Store page, and at the bottom, there’s the option to join the beta.

You can also access it by this direct link, here.

Due to it being a public beta, the app should remain quite stable. Beta testers might be the first to experience new features, but also the first to encounter bugs and concerns.

Google has yet to launch any additional updates.

Messages is an app for users to send SMS messages and MMS messages to their friends and family. Most Android devices come with the app pre-installed.