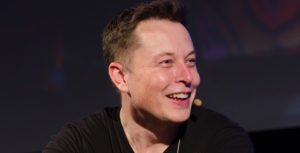 While answering questions from his fans on Twitter, SpaceX and Tesla CEO Elon Musk revealed the current plan for a full presentation of ‘Starship.’ The keynote could come as soon as “late July.”

Starship is SpaceX’s next-generation reusable rocket that is part of the company’s ambitious plan to reach Mars.

Musk noted that his company’s recent test of its Raptor rocket engines was “overall successful” despite an abort, which aimed to test the outward limit of the engine’s tolerance with fueling-mixture ratios.

According to Musk, the official Starship presentation would take place “a few weeks after Hopper hovers.” The test of Hopper, also known as StarHopper, involves the engagement of the engine without a launch.

Hopper conducted a tethered hop test back in April 2019. The untethered test is very close to reality after the recent test that addressed a key issue with Raptor’s vibration at a specific operating frequency.

SpaceX is presumed to move on from using scaled-down prototypes, which is designed for low-altitude testing, to a full-scale rocket build after finishing up the test with Hopper. We will hear all about it at the much-anticipated Starship presentation in the coming weeks.