What features do you want to see on the Samsung Galaxy Note 10? 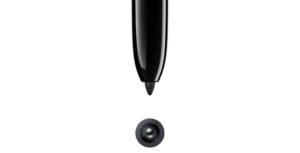 This week Samsung announced that it will reveal the Galaxy Note 10 on August 7th at an event in New York City.

As expected, the upcoming handset is set to sport premium specifications, including a Snapdragon 855 processor.

However, it’s unclear what precisely the Note 10 will bring to the table.

The phone could feature anything, up to 15GB of RAM, three 48-megapixel cameras, a 5,000mAh battery and possibly even a headphone standard jack.

With both the Galaxy Note 10 and Note 10 Plus rumoured to be on the way, we’re curious what you would like to see in both devices?

Also, what features do you want to see in the Note 10? An infrared blaster to change TV channels? Using the S-Pen as a camera? What about the Note 10’s camera including 10x optical zoom?

Let us know in the comments below.

The post What features do you want to see on the Samsung Galaxy Note 10? appeared first on MobileSyrup.