Sony to launch foldable phone in December or early 2020: rumour 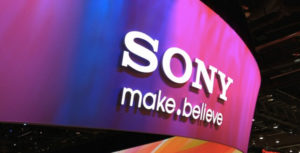 Another foldable phone contender is on its way.

Additionally, Max J says that the retail version of the foldable phone may feature a Snapdragon 855 chipset and a Qualcomm X50 modem, that’s capable of connecting to a 5G network.

Sony is working on a competitor to the Galaxy Fold and Mate X.

The phone will reportedly include a “Nautilus Design” suggesting the display will roll up.

Following Max J’s original tweet, the leaker mentioned that Sony could launch the device in December or early 2020.

A 3220mAh battery suggests the phone will not have that large of a display, in comparison to the Mate X and Galaxy Fold.

Sony seems to only be in the prototype phase, and more features may change before the official launch.

The post Sony to launch foldable phone in December or early 2020: rumour appeared first on MobileSyrup.