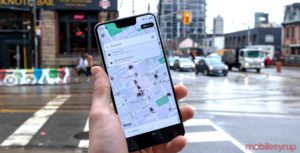 Ride-hailing services will address some of the taxi industry’s shortcomings in British Columbia, according to a recent report from the Passenger Transportation Board.

The report found that B.C residents desire ride-hailing services like Uber and Lyft because they believe it is a “differentiated service.”

“Many areas of the province have been under-served by taxis, particularly during peak hours,” according to the report.

“The ongoing operation of illegal ride hailing in Metro Vancouver, despite efforts of enforcement staff to curtail this, supports the view that consumers desire greater choice in vehicles-for-hire,” the report concluded.

Earlier this year, the City of Vancouver discussed whether Uber and Lyft should be charged mobility fees, or taxes, on top of what the companies already charge passengers.

The conclusions in the report were formed following a year and a half of public consultations, along with input from business and industry experts.