Jaguar announces that its next XJ will be electric 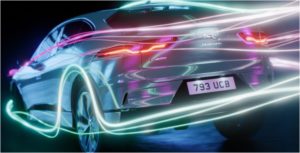 Jaguar Land Rover announced that the new version of its XJ sedan will be electric, making it the company’s second electric car following its I-Pace.

The cars will be built in Britain, despite Brexit concerns. The Castle Bromwich plant will be transformed into “the UK’s first premium electrified vehicle plant,” according to the company.

The same team that was responsible for the I-Pace, which was released in 2018, will develop the electric XJ. Jaguar Land Rover also stated that all models from 2020 and beyond will have hybrid or electric options. It will also continue to make diesel cars.

“The future of mobility is electric and, as a visionary British company, we are committed to making our next generation of zero-emission vehicles in the UK,” said Ralf Speth, CEO of Jaguar Land Rover, in a press release.

The company says this new endeavour will safeguard thousands of jobs in the U.K. Earlier this year, Jaguar Land Rover laid off 4,500 employees.

In the announcement, the company also called for the introduction of a giga-scale battery production plan in the U.K. Tesla is currently looking to place its fourth Gigafactory in Germany soon, as outlined by The Verge.

The post Jaguar announces that its next XJ will be electric appeared first on MobileSyrup.