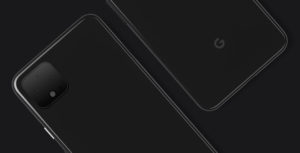 A dive into the Google Camera app code suggests the Pixel 4 will sport a telephoto camera.

XDA Developers did a teardown of version 6.3 of the Google Camera app and discovered code referencing “Sabre,” Google’s codename for Super Res Zoom. Upon further inspection, the website discovered code snippet that reads:

This leads XDA to believe the Pixel 4 will feature a telephoto camera. A telephoto lens will allow for a better zooming functionality.

Alongside the rear-facing telephoto camera, the code also revealed that the Pixel features a front-facing infrared (IR) camera.

An IR sensor will allow for better facial recognition and bokeh pictures. Perhaps Google will have its own version of Apple’s Animojis.