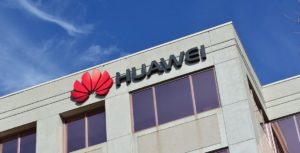 The United States has asked a federal court in Texas to dismiss Huawei’s lawsuit against the U.S. ban on its products.

The Chinese tech giant filed the lawsuit in March, alleging that it was unconstitutional to single out a group without trial and that the U.S. had “failed to produce any evidence to support its restrictions on Huawei products.”

Meanwhile, the U.S. government has justified the ban by expressing concerns that Huawei may use its technology to spy on the country. Additionally, the U.S. argues that its ban doesn’t equate to unconstitutional punishment since it “does not sentence Huawei to death, imprison it, or confiscate its property” and “does not preclude Huawei from engaging in its chosen profession.”

Instead, the U.S. states that the ban is simply the “logical next step” to protect the country and ensure China isn’t given “a strategic foothold” in U.S. networks.