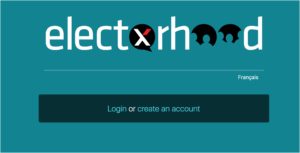 The Northwest Territories is attempting to increase voter turnout by becoming the first jurisdiction to introduce online voting in a provincial or territorial election, as reported by the CBC.

This has been made possible through a website called Electorhood, which gives users access to the Simply Voting system. Voters can use the site to cast their ballot.

The polls for the Legislative Assembly election in the N.W.T will open on October 1st, but voters can use the online system to cast their ballot as early as September 6th if they registered for an absentee ballot.

Nicole Latour, the chief electoral officer of the N.W.T., believes that the new system will lead to an increase of votes from the younger generation.

In the 2015 territorial election, there was only a 44 percent voter turnout, according to the CBC. Individuals between the age of 18 and 35 had the lowest voter turnout.

Additionally, online voting is less expensive than using paper ballots. For instance, it costs between $30 to $50 CAD per paper vote, but only $10 CAD for an online vote.

Simply Voting has been used in a number of university elections since 2003.