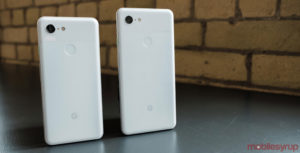 Despite the high praise for Google’s Pixel 3 and 3 XL camera and software, some users are reporting issues with the camera’s autofocus.

A MobileSyrup reader sent us both a Pixel Phone Help thread and a YouTube video showcasing the problem. It appears the problem started with a software update in March, and Google’s support directed Pixel 3 users to wait for a software fix. However, some users believe the problem is a hardware issue.

Regardless, there has apparently been no software patch for the problem, and the Pixel help thread is full of comments claiming Google isn’t acknowledging the issue.

MobileSyrup has reached out to Google about the issue.

The YouTube video clearly shows the shaking glitch that some users are experiencing. With the Pixel 3 on a stand to keep it still, you can see the camera shake back and forth.

The problem reportedly affects pictures and videos, as the camera can’t focus properly on the subject in the photo.

It’s worth noting that we weren’t able to replicate the issue on any of the Pixel 3 or Pixel 3 XL phones we have here at MobileSyrup. It’s not clear how widespread the problem is at this point. If you’ve got a Pixel 3 device and are experience stuttering issues, let us know in the comments down below.