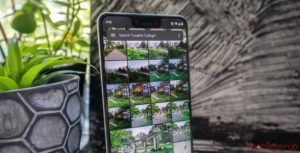 On Tuesday, product lead of Google Photos David Lieb asked Twitter users what features they want and what bugs they’re experiencing. He also shared some upcoming improvements to the platform.

One of the most requested features was the ability to tag a face manually, and to users’ delight, Lieb confirmed that it was on the company’s to-do list.

Another feature Lieb mentioned to have been rolling out already, so some users might have it, is the ability to search for recently added pictures. While this sounds like a weird feature, it’s mainly for users that might be uploading photos from their camera that are timestamped from the past so they won’t show up at the top of the photos page. This feature has been available on the web version of the platform since last August.

Another date related change that Lieb said is coming to Android is the ability to edit timestamps. Users can already do this on the web and the iOS versions of Photos.

The ‘Partner Sharing’ feature that allows users to share pictures of specific people with their partner is being expanded soon to include photographs of pets.

Another option that’s in Photos for web but not the Android app is the ability to delete photos when you’re looking at them inside of an album. Currently, you can only remove photos from the albums instead of actually deleting them from your library.

One Samsung-specific feature that users are asking for is for the Photos app to recognize screenshots on Galaxy phones. Currently, when you take a screenshot on a Samsung phone, it saves the image in a DCIM folder instead of the Pictures folder, resulting in the screenshots being uploaded to Photos like a picture taken with the camera, according to Android Police.

Android Police also rounded up a few other features that users asked for but didn’t get confirmed by Lieb.