Google is working on a ‘heavy ad’ blocker for Chrome 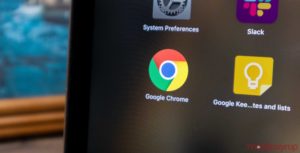 Google may be changing how Chrome handles and blocks ads again.

According to an in-development Chromium commit, a code change submitted to an online collaboration tool for developers called the Chromium Gerrit, Chrome’s built-in ad blocker may target ‘heavy ads.’

Essentially, it looks like the Chrome team is developing a blocker that can target specific ads that use too many network or CPU resources.

The commit defines this as “ads that are in the .1% of bandwidth usage, .1% of CPU usage per minute, and .1% of overall CPU time.”

Further, the new heavy ad blocker will display a notice where it removes ads, which includes a ‘Details’ button users can click to learn more.

At this point, there isn’t much more information on Chrome’s heavy ad blocker. Since it’s still in development and could see significant revisions, and Google could cancel it before it ever makes it into a Chrome release.

This is the latest change Google has tried with how Chrome handles ads. The current built-in ad blocker simply blocks all the ads for websites that Google says don’t follow its Better Ads Standards. Further, Google is planning changes to how ad blocking extensions work in Chrome, much to the chagrin of users and browsers based on Chromium.

Ultimately, Google has gotten itself in a bit of a mess with ads. Hopefully this new system can strike a balance between removing harmful ads that hog resources and slow down browsers without removing all ads entirely. Like it or not, advertisements are necessary to fund many things on the internet.

The post Google is working on a ‘heavy ad’ blocker for Chrome appeared first on MobileSyrup.