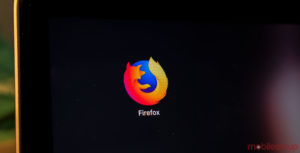 While Mozilla develops a revamped version of Firefox on Android dubbed Fenix, it continues to support the current iteration with security updates and some new features.

The latest Firefox 68 for Android now works with the Web Authentication API, according to Android Police.

With the security API, version 68 allows compatible services and websites to accept a physical security key as an alternative identity-verifying method.

Google Chrome and desktop Firefox client have supported this security feature for quite some time, but now Firefox for Android is finally on the same page.

Other than that, it’s a list of bug fixes and performance improvements:

Android Police also pointed out that version 68 is the last major update for the current Firefox build. Mozilla will only provide bug fixes for the old client until the next-gen Firefox browser goes live.

It’s worth noting that the new Firefox Fenix recently came to the Play Store in preview. Users can now test out the new browser, which features a new design and is much faster than the older version.