Nothing is sacred: Huawei brings ads to your phone lock screen 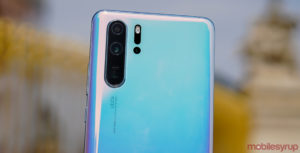 For a company as beleaguered as Huawei, you’d think it would take extra precautions before doing anything that might upset users. However, it appears Huawei didn’t, and now several owners of the Chinese company’s phones report ads have appeared on their lock screens.

Primarily, it appears to be an add for the hotel booking service Booking.com. The advertisements only appear on the lock screen, and only on the preinstalled landscape background wallpapers.

The ad itself is just Booking’s logo placed prominently in the photo.

@Huawei_Europe Why is there advertisement on my lock screen?! Have I signed up to this in some small print T&C somewhere? pic.twitter.com/w6zS9ysuwk

Based on reports, the issue seems to affect the P30 Pro, P20 Pro, P20, P20 Lite and Honor 10, although that latter device isn’t available in Canada.

For that matter, the P30 Pro and P20 Pro models we checked at MobileSyrup also had no ads. However, according to Android Police, users in the U.K., Netherlands, Ireland, South Africa, Norway and Germany have all received advertisements.

Wtf. https://t.co/Fv4RzUmM1D ads on my lock screen. Anyone else with a Huawei getting this? pic.twitter.com/ILI6vs6wVD

Thankfully, the fix is an easy one: don’t use the built-in magazine-style background images.

Unfortunately, that doesn’t change the fact that users shouldn’t have to put up with advertisements on the lock screen of their smartphone, especially if it’s not by their choice. Amazon, for example, has offered discounted devices with advertisements in the past, but it was clear what you were getting, and you were saving money if you did it.

The post Nothing is sacred: Huawei brings ads to your phone lock screen appeared first on MobileSyrup.