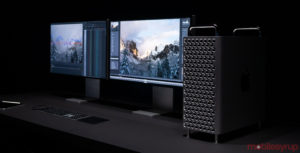 Apple pushed out an update for the Logic Pro X that bumps the version to 10.4.5 to help take advantage of the hardware in the new Mac Pro.

Along with compatibility for the 2019 Mac Pro, the update brings several new features and under-the-hood changes.

Regarding the official Mac Pro compatibility, the support for 56 processing threads is particularly eye-catching. Logic Pro X will need it to fully leverage the Mac Pro equipped with a 28 core, 56 thread Intel Xeon processor.

Below you can see the complete changelog for the 10.4.5 update:

Logic Pro X is a digital audio workstation (DAW) and Musical Instrument Digital Interface (MIDI) sequencer for the macOS. It was initially called the Notator Logic before Apple bought its developer Emagic in 2002. Apple continued to develop and maintain the software for music creators ever since.