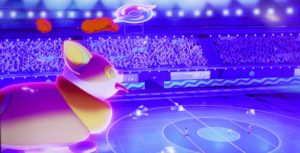 I fell out of Pokémon hard after the third-generation of games in the franchise, Ruby and Sapphire.

Last year’s Pokémon: Let’s Go was certainly a solid re-entry point, but it still didn’t grab me for very long.

With that said, Pokémon Sword and Shield, this year’s installments in developer Game Freak’s long-running Japanese role-playing game series, feature a number of changes and additions that might finally have me returning to the series.

At the Electronics Entertainment Expo (E3) 2019, I was able to play 15 minutes of the game and came away a fair bit more interested in the game than I was before. Specifically, the demo focused on the water-themed gym led by Nessa, who manages to come off as incredibly fierce in spite of her colourful swimsuit.

The most notable element of the demo was the fact that it focused solely on new Pokémon, giving me a good opportunity to get acquainted with them. My pre-set party had the Fire-type rabbit Scorbunny, Grass-type chimp Grookey and Water-type chameleon Sobble, the trio of starter Pokémon, as well as the cute sheep Wooloo and fierce-looking crow Corviknight.

I was happy to see while scrolling through them that pressing Y button at any time will provide Pokédex-like info on each Pokémon (including those belonging to the enemy). All five of these creatures have endearing designs, but the sixth and final Pokémon in my party is what ultimately stole my heart.

Being shown off for the first time at E3 is Yamper, an Electric-type Pokémon that is adorably based on a Corgi with a neon heart-shaped butt. At E3, Xbox surprised everyone with Canadian John Wick star Keanu Reeves and Ubisoft brought out The Punisher‘s Jon Bernthal (with his own dog, no less), but Nintendo brought the same charm using far less star power. As if that weren’t enough, Yamper also has the unique ability to retrieve the first Pokéball that’s thrown at a wild Pokémon and fails to catch it. 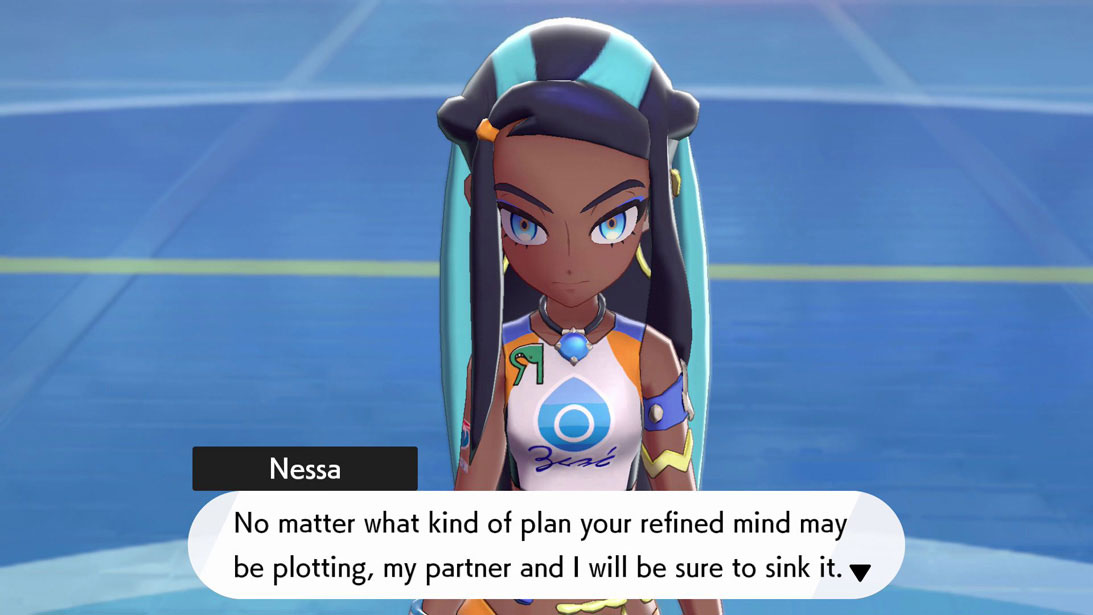 With Yamper and friends, I ran throughout the gym engaging in switch-based puzzles to raise and lower water levels to progress. These were rather simple, so I’m hoping this is either an early-game gym or the puzzles have been simplified for the demo. Likewise, the trainer battles were pretty basic, but I did appreciate that the indicator warning you of when you’re in a trainer’s line of sight is making a return from recent Pokémon games.

Naturally, the real star of the demo (beyond Yamper, of course) was Nessa herself. In a move befitting a brand-new game created from the ground-up for the Switch, Game Freak has the battle take place in an actual large stadium. Older games made it seem like gym leader battles took place in small rooms. Now, the scope of battles has been widened to include entire crowded arenas, which makes these seminal encounters feel as grand as they should be.

Further adding to this scale is the new Dynamax mechanic, which is Sword and Shield‘s take on Mega-Evolutions from previous games. In certain instances like gym leader battles, you’ll be able to ‘Dynamax’ your Pokémon and turn it into a massive version of itself.

This was not a sound strategy but…

Naturally, I Dynamaxed Yamper, turning what was once a good boy Corgi into the goodest boy Corgi. Meanwhile, Nessa Dynamxed her own Drednaw, making her snapping turtle Pokémon all the more intimidating.

While visually awesome welcome, this mechanic also adds a welcome layer of depth to battles. You can only Dynamax once per battle, and the chosen Pokémon will only remain in that state for three turns. Therefore, it feels like a great ace in the hole tactic — something you’ll want to use early to get a headstart or something to hold onto if the battle takes a turn for the worse.

The Dynamax system will be featured in more than just single-player content. In the final game, you’ll be able to engage in raids with other players to take on powerful Dynamax Pokémon, which seems like an exciting and unique take on Pokémon multiplayer. 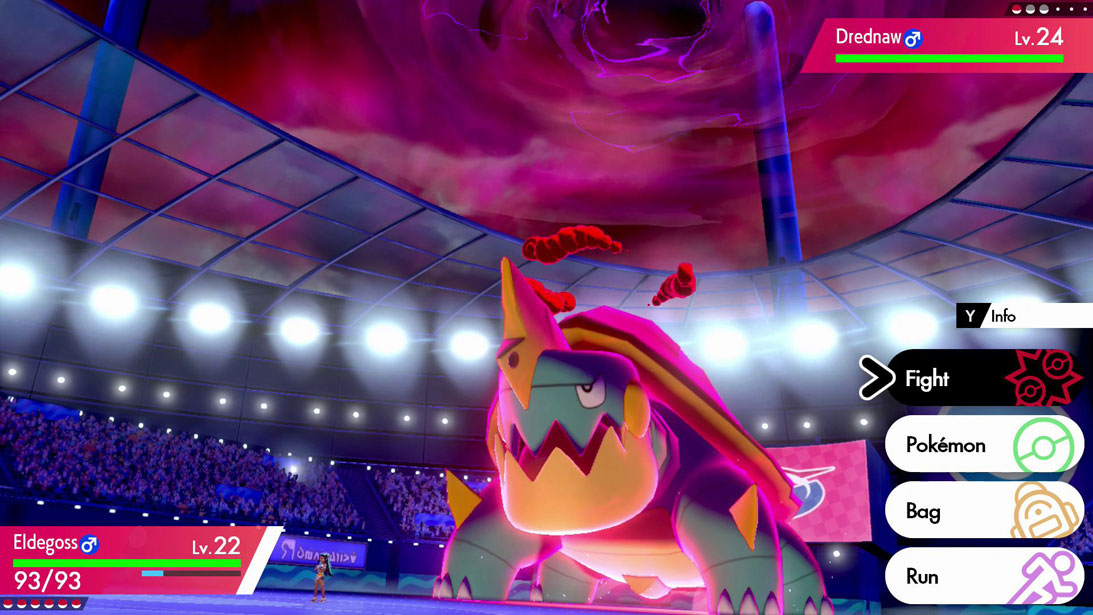 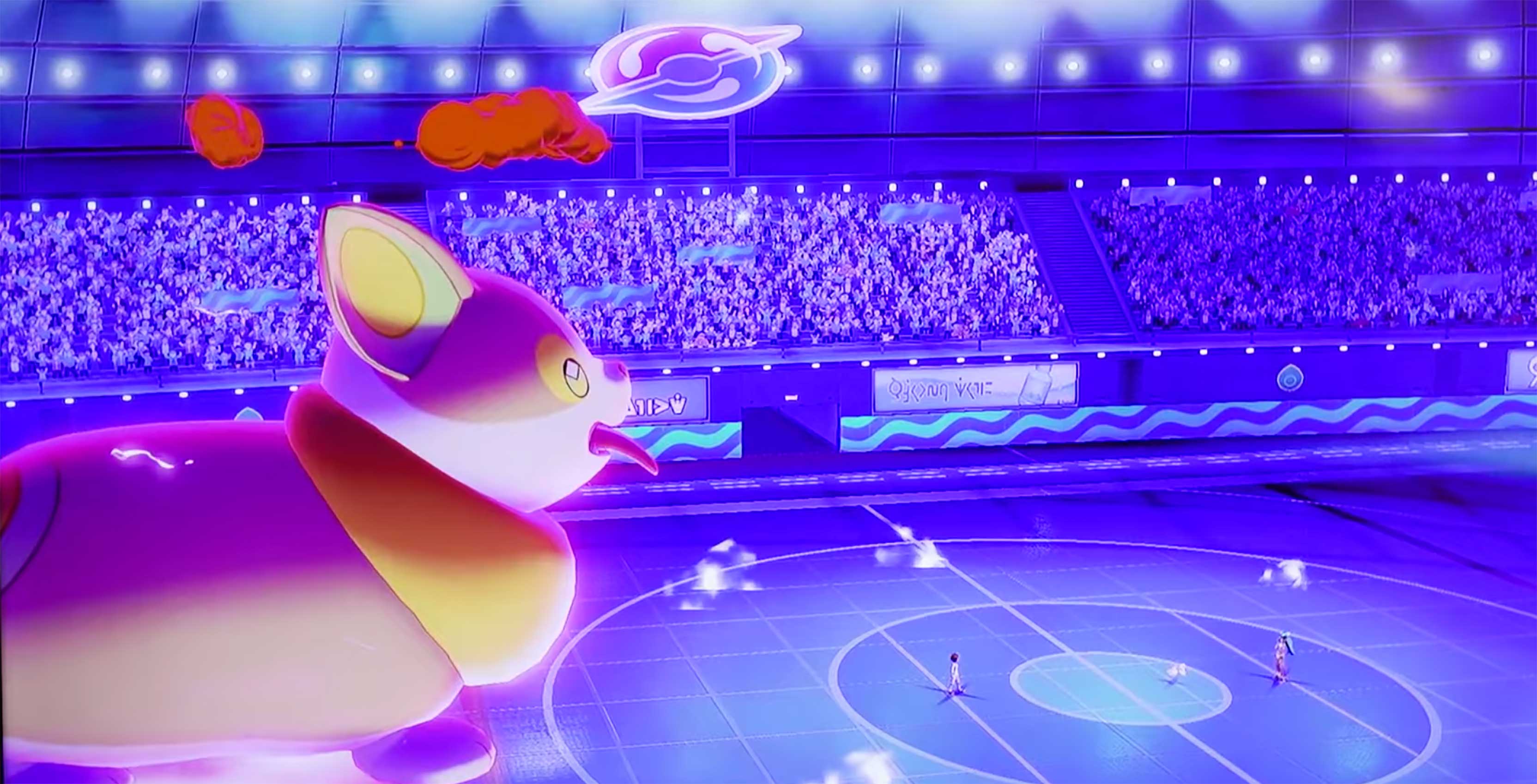 On a broader level, I’m intrigued by Sword and Shield‘s Galar region, which takes heavy inspiration from Great Britain and its mix of sprawling fields and fascinating architecture.

We’ll find out more about how all of this comes together when Sword and Shield launches exclusively on the Nintendo Switch on November 15th, 2019.