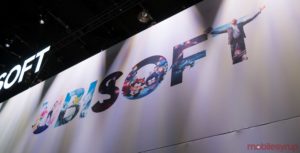 Following a leak back in May, Ubisoft has confirmed at E3 2019 that it is working on a Ubisoft video game subscription service for PC.

Leaks indicated it would be called ‘Ubisoft Pass,’ but it’s officially referred to as ‘Uplay+.’

As well, Ubisoft confirmed the service is coming to Google’s Stadia streaming service sometime in 2020.

Ubisoft says players who sign up between now and August 15th to get free access to Uplay+ from September 3rd through September 30th.