What games to expect from Canadian developers at E3 2019 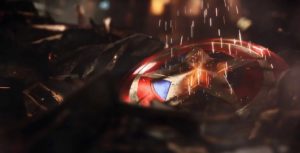 Although PlayStation has bowed out of this year’s event, there will still be a plethora of game announcements to come from the likes of Microsoft, Nintendo, Ubisoft and Square Enix.

If previous years were any indication, you can expect many of these titles to have been developed in Canada.

With that in mind, here are some of the notable Canadian-made games that are confirmed to be at E3 or are likely to make an appearance.

Given the game’s strong ties to Xbox, as well as the fact that The Delicious Last Course hasn’t been seen since last E3, it’s likely that Studio MDHR will provide an update at Xbox’s E3 2019 briefing.

While Anthem might be largely ignored at EA Play, the show will reveal gameplay for this year’s FIFA 20. The EA Vancouver-developed game is expected to feature more realistic AI players and improve accuracy for the ‘timed finishing’ shot mechanic. EA may also show off a new single-player mode for the game, given that ‘The Journey’ campaign from the last few FIFA titles was wrapped up last year.

The FIFA 20 livestream will be available on EA’s YouTube and Twitch channels from 2pm to 2:30pm ET.

Vancouver-based The Coalition will provide the first update on its Gears 5 third-person shooter since last year’s E3. The game is slated to release this year, so expect gameplay and a release date to come out of Xbox’s E3 keynote.

Given that Marvel’s Avengers is a co-production, it’s unclear exactly what Eidos Montreal’s role is in the development of the game. Still, it’s an exciting project to at least partially come out of Canada, especially as fans are eager to learn more about the still-under-wraps title.

Square Enix will reveal more about Marvel’s Avengers during its E3 2019 stream on Monday, June 10th at 9pm ET. The livestream will be available here.

Fans have been clamouring for a new entry in Tom Clancy’s long-running Splinter Cell stealth action franchise for a while now. The last Splinter Cell was 2013’s Blacklist, which was developed by Ubisoft Toronto.

So far, Ubisoft has remained coy about when the series might make a return, despite apparent teases for a new entry in Ghost Recon: Wildlands and retailer listings and merchandise. Toronto-born actor Michael Ironside, who reprised his role as series protagonist Sam Fisher in Wildlands, has also expressed interest in making a new game.

Ubisoft is promising “one or two” surprises at E3, so a new Splinter Cell could be one of them. This is perhaps the least certain game included here, given Ubisoft’s secrecy surrounding it. It’s also unclear if Canadian studio — Ubisoft Toronto or otherwise — might even be working on a Splinter Cell title.

In any case, stay tuned to Ubisoft’s conference on Monday, June 10th at 1pm ET, which will be livestreamed on Ubisoft.com, Youtube, Twitch, and Mixer.

One of the most pleasant surprises of Xbox’s E3 2018 presentation was when it showcased Nova Scotia indie developer Andrew Shouldice’s The Legend of Zelda-inspired Tunic game. The game will be a console exclusive to Xbox One, so it’s likely that the Xbox will feature Tunic during an ID@Xbox indie game sizzle reel, if not in its own trailer spot entirely.

Every year, at least one Ubisoft game ends up leaking ahead of E3, and 2019 is no exception. A new entry in the Watch Dogs hacking-focused action-adventure franchise, Legion, was leaked earlier this month and subsequently confirmed by Ubisoft to make an appearance at its E3 keynote.

While a specific developer for Legion hasn’t yet been confirmed, the previous two games — as well as countless other Ubisoft titles — were developed by Ubisoft Montreal, so it’s safe to assume this game will be as well.

These are some of the most notable upcoming Canadian-made games that you can expect to see at E3. However, there most certainly will be others.

With that said, what are you looking forward to seeing out of Canada at the show? Let us know in the comments.

The post What games to expect from Canadian developers at E3 2019 appeared first on MobileSyrup.