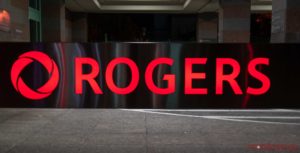 Rogers is calling to expand the new tax credit for media organizations to broadcasters, and wants Netflix to help pay for it, according to its submission to the Broadcasting and Telecommunications Legislative Review.

The media bailout references the government’s plan to allocate $600 million in tax credits and other incentives that will be used to help struggling news organizations.

Journalists have criticized the media bailout, calling it too political, and are questing whether news organizations should accept government handouts.

According to a blog post from University of Ottawa law professor Michael Geist, Rogers is proposing to expand the ‘government media bailout’ to broadcasters.

It is important to note that MobileSyrup also obtained a copy of Rogers’ submission to get more clarity on what it wants. Rogers had made this submission available publicly since January.

“By allowing broadcasters that produce news programming to access labour tax credits, which provide an objective and arm’s length subsidy, we are confident that independent high quality news will continue to be produced in this country,” Rogers wrote in its submission.

The proposal takes this a step further by saying that non-Canadian services that don’t provide news, such as Netflix, should pay for the bailout by forcing them to aid in the funding of the labour tax credits.

Rogers proposes that Canadian broadcasters should be required to in some way contribute to the production of national or local news.

“Those non-Canadian digital media services that do not wish to make direct investments in Canadian news programming would contribute indirectly by helping to fund labour tax credits,” the company writes in its submission.

In its submission, Rogers also opposes regulating internet service providers, saying it would be inappropriate and would lead to an increase for the possibility of market distortion.

Rogers proposes for more regulation and payments from non-Canadian providers but also sides with Bell in wanting Netflix to pay into the Canadian content system, while not giving it access to the funds.

Bell and Shaw also filed their submissions to the BTLR panel outlining their own suggestions.

In its submission, Bell called for the criminalization of those who are even slightly associated with unauthorized online video streaming, and the regulation of U.S. providers such as Netflix.

Shaw opposed Bell in its submission, by proposing to reject the idea of a mandated Netflix Canadian content contribution tax. Shaw also argued for more regulatory flexibility and broadcast competition.

The post Rogers calls for expansion of government media bailout to broadcasters, says Netflix should pay appeared first on MobileSyrup.