Google to expand cloud offering by acquiring Looker for $2.6 billion 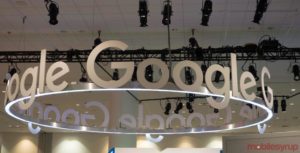 It appears Google has been on a shopping trip recently. On June 6th, Google announced that it is grabbing Looker, a data analytics company, for $2.6 billion USD (about $3.48 billion CAD) in cash, almost one billion more than it paid for YouTube in 2006.

For Google Cloud’s new leader Thomas Kurian — the former Oracle executive who expressed interest in expanding the business to catch up with the likes of Amazon Web Services (AWS) — the purchase seems to mark the first step towards that goal.

According to another CNBC report, this is not the first time Google has formed a financial tie with Looker. Alphabet, Google’s parent company, invested in the startup through its venture fund called Capital G.

Looker’s CEO Frank Bien sees the deal as an opportunity to take advantage of the Google Cloud platform’s overarching presence in the market and grow even further, according to TechCrunch.

Google also has its own reasons for welcoming Looker into the fold. Acquiring Looker is a relatively simple way to gain market share and shrink the gap between it and the forerunning AWS. Both companies share a reported 350 common customers, and in Kurian’s words to TechCrunch, the ongoing partnership between the two also smoothes the transition.

The post Google to expand cloud offering by acquiring Looker for $2.6 billion appeared first on MobileSyrup.