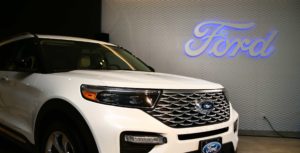 Ford’s latest update to its SYNC infotainment technology brings a few tweaks to the user interface and has been developed in part by Ford’s Canadian Connectivity and Innovation Centres.

There are a handful of small changes coming in the latest update to SYNC 3, which will debut in the all-new 2020 Ford Explorer. 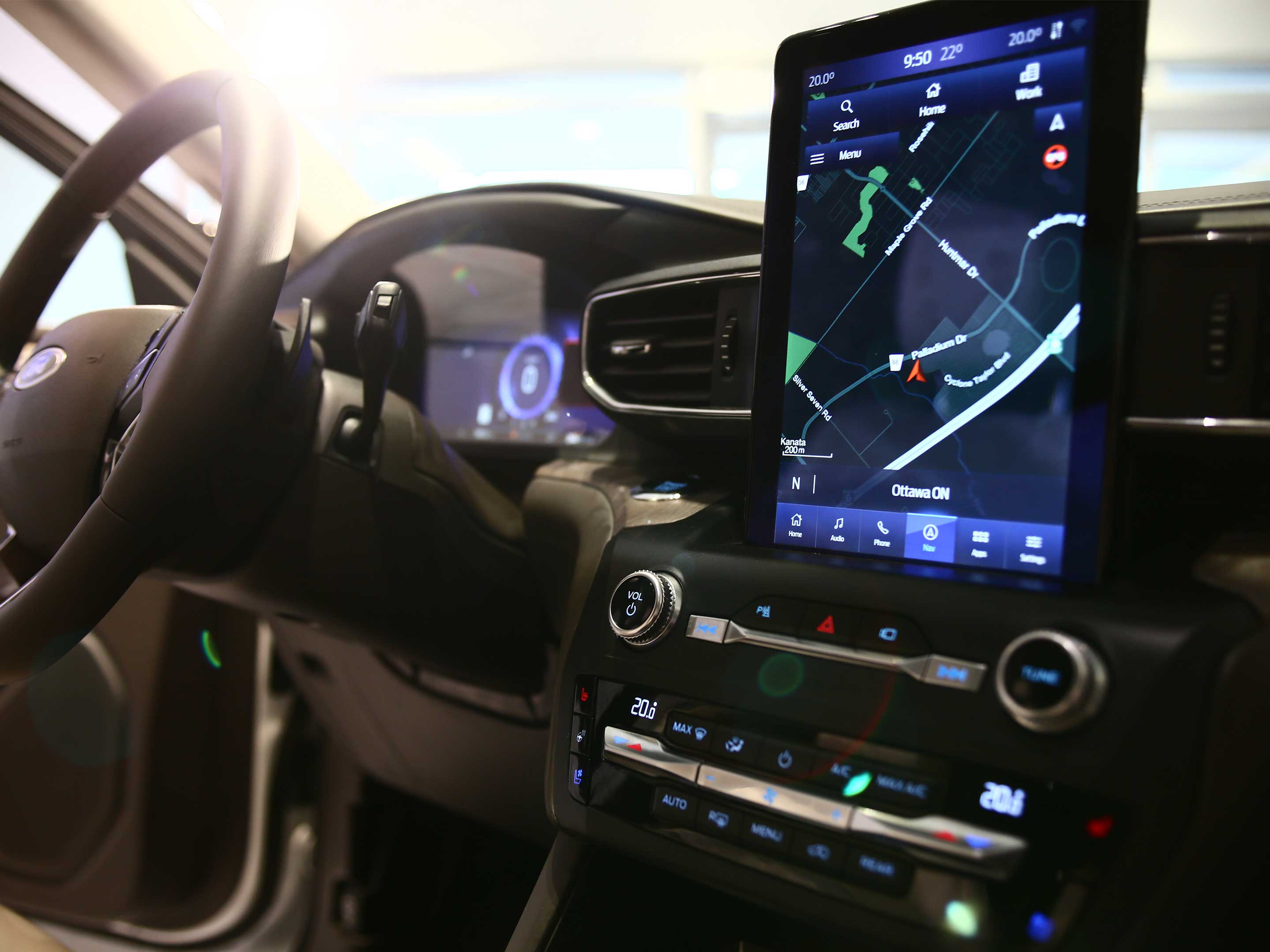 First up, the automaker has flipped the interface from landscape orientation to portrait. It’s also increased the screen size to 10.1-inches if drivers opt for the Platinum trim. The other trims come with an eight-inch landscape screen.

Ford’s team has simplified the SYNC 3 interface. Now users need fewer taps to navigate the interface. It’s also livened up the interface with a more modern design. Another interesting change is that in the latest release, Ford has decided to move some vehicle controls like cruise control to the touch screen, but don’t worry there are still physical buttons.

Ford’s teams have made searching through your contacts smoother with the new interface. Now search will only show you contacts that include the numbers or letters you’ve typed in the search bar.

Ford is also making it possible for users to add AM, FM and Satellite radio stations to their preset list instead of just a single type.

The most exciting innovation that’s coming in this latest SYNC 3 update is it will store SiriusXM radio data in 30-minute buffers from the minute that the driver starts the vehicle. This means that every time you tune to a preset satellite radio channel, it will start the current song at the beginning. This feature only works for the SirusXM stations you’ve added to you radio presets.

There’s also a new feedback section in the interface to make it easy for drivers to communicate with Ford about what features they’d like to see in SYNC 3 in the future.

Where did all this come from 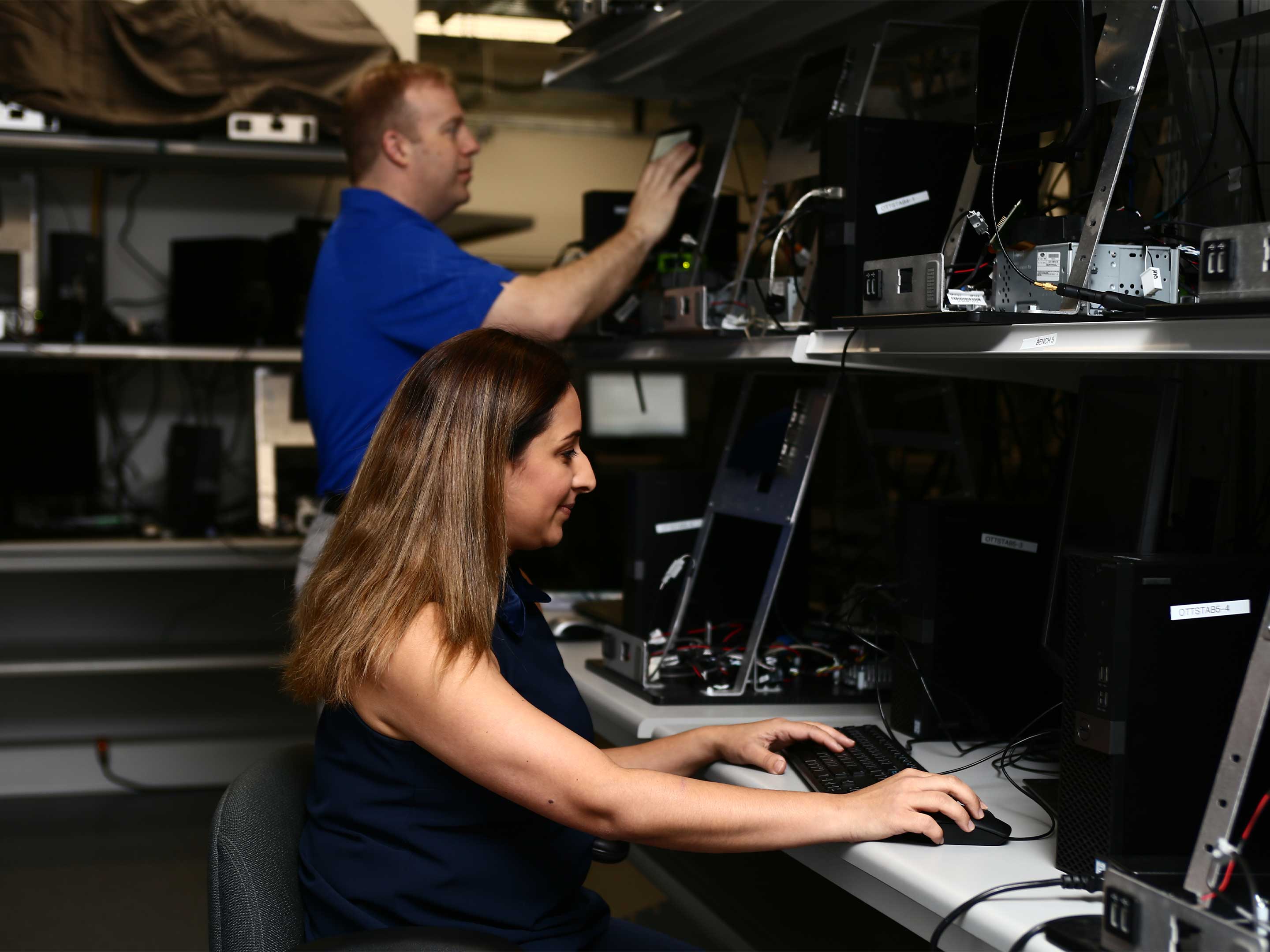 Ford’s Canadian and U.S. teams developed this SYNC update in-house for the first time. There are three Connectivity and Innovation Centres in Canada, one in Ottawa, another in Oakville, Ontario and the final one is in Waterloo, Ontario. Altogether, Ford has about 500 people working at these sites.

Not only are they working on Ford’s next generation of infotainment, but they’re also working on connected car technology and more

To highlight this, Ford said in an email to MobileSyrup that every new vehicle it launches in 2019 is going to have 4G LTE connectivity.

In the Ottawa centre, Ford is working on testing potential vehicle failure systems, making sure its in-car software is stable and gathers data from vehicles for analysis.

The data analysis lab gathers data from Ford’s vehicles to enhance “the performance of embedded software to deliver a robust, seamless and enjoyable in-vehicle infotainment and connectivity – or SYNC 3 – experience,” said Yaron Spanglet the manager of the System Software Performance and Stability team at Ford.

The software stability lab is “in the business of finding issues throughout the development process that can be hard to find because they might only show up outside of normal use scenarios,” said Matthew Stephenson who leads a team working on software stability.

The Ottawa centre also has a unique room called the Shielded Lab that blocks out cell service so the company can test out connected vehicle modems for other countries, not just Canada.