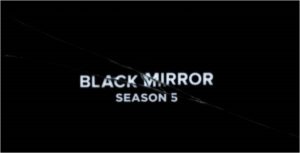 Going into episode 2 of this season, I hoped “Smithereens” would surpass the quality of the previous episode.

It did, but just slightly. Episode 2 gave me that slight feeling of dread I expect after an episode of Black Mirror, but just barely. In traditional Black Mirror fashion, it ended on a cliffhanger that leaves the episode open to interpretation.

This episode had the signature narrative twist that Black Mirror fans are used to, but I don’t think it took it far enough. Something else that I thought was missing from this episode was some form of advanced technology. Since the episode mainly focused on technology that we currently have, it was based more on reality. Since it’s more realistic, perhaps the writers aimed for a different kind of dread, one that makes you realize this could happen in our current world.

The episode starts with Chris (Andrew Scott), who is a driver for a ridesharing app, sitting in his car outside a building called Smithereens, which we learn is a social network. Here we learn the type of technology that this episode will deal with: social media. This isn’t the first time that Black Mirror has dealt with social media, but in this episode, it is a tame and realistic version, which adds a realistic edge to the episode.

Chris ends up kidnaping Jaden (Damson Idris), an intern from Smithereens. Chris struggles to go through with the kidnapping, which is when I realized the type of protagonist that we are dealing with – a guy struggling to find closure but is unable to.

We learn that he kidnaps Jaden to talk to the head of Smithereens and confront him. The twist in the story comes when we find out that Chris’ fiancée was killed in a car accident because Chris looked away from the road to check Smithereens on his phone.

This is not quite as dark as other Black Mirror twists, but is interesting because it echoes something that happens in real life. He wants to confront the head of Smithereens because he claims the social network ruined his life, but fails to realize that he is also at fault for his fiancée’s death.

I found that the episode echoes our reality in another way regarding social media data privacy. While Chris holds Jaden hostage in her car in a face-off with the police, employees at Smithereens are able to uncover more about Chris in minutes than the police are able to do during the whole episode.

Smithereens, which is essentially a stand-in for Facebook, has access to an extreme level of data and private information that makes it highly powerful. This is quite timely, especially since social media and its role in democracy has been making headlines. However, the episode does not delve any deeper into the privacy concerns, which is something I was hoping for.

It’s interesting that although the technology in this episode is not as extreme or as advanced as it is in other episodes, it still manages to deal with it in Black Mirror fashion. I was left questioning how much social networks impact us, and how much more powerful the platforms can get in the next few years.

The fact that Smithereens was able to obtain more information than the police was an interesting concept that the writers could have explored more, and could have perhaps lead to a more intriguing episode.

The episode ends with the police firing at Chris and Jaden as they sit in Chris’ car. The viewer is left wondering if Chris and Jaden survived, which isn’t unusual for Black Mirror. The open ending can be frustrating if you don’t like forming your own interpretation.

I interpreted it to signal that Chris’ life was already over in some ways; he got what he wanted, which was to confront Smithereens. Jaden’s fate is concerning because we don’t know what happens to him, which is exactly what the writers wanted. He’s the innocent bystander caught in a distraught man’s quest for closure.

Although this episode did feel more like a Black Mirror episode, it still played it quite safe with the technology and cliffhanger ending. We don’t get to see the impact of Smithereens all the way through, and are left to make our own assumptions.

I found myself creating a number of different outcomes in my head. Perhaps Chris’ life actually ends, and Jaden is spared. Maybe they both die and Jaden’s life is tragically ended by a man looking for vengeance as he deals with the consequences of social media.

Or, maybe both of them survive and have to live the rest of their lives living with the problems they face that stemmed from social media.

The episode is a sad reminder to look away from your phone and to look ahead.