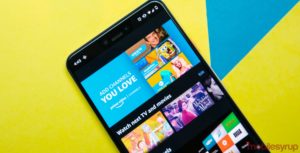 This means that Prime Video subscribers in Canada can add channel packages to Amazon’s streaming service for a monthly fee.

For example, if you want to watch the entire third season of Rick and Morty, then you can add a SlackTV subscription to your Prime Video account for $12.99 CAD per month.

Most channels also come with a 30-day free trial. It’s easy to add a channel since it uses your payment information that’s already linked to your Amazon account.

There are 13 channels in Canada, and Amazon describes them as the following in a press release:

On Android, you can subscribe to these channels in the Prime Video app or on the web. The iOS Prime Video app, however, does not offer the ability to purchase subscriptions. Instead, you’ll need to do so on the web. You can then watch content from your subscribed channels through the app.